Get fresh music recommendations delivered to your inbox every Friday.
We've updated our Terms of Use. You can review the changes here.

Turn Up the Barn 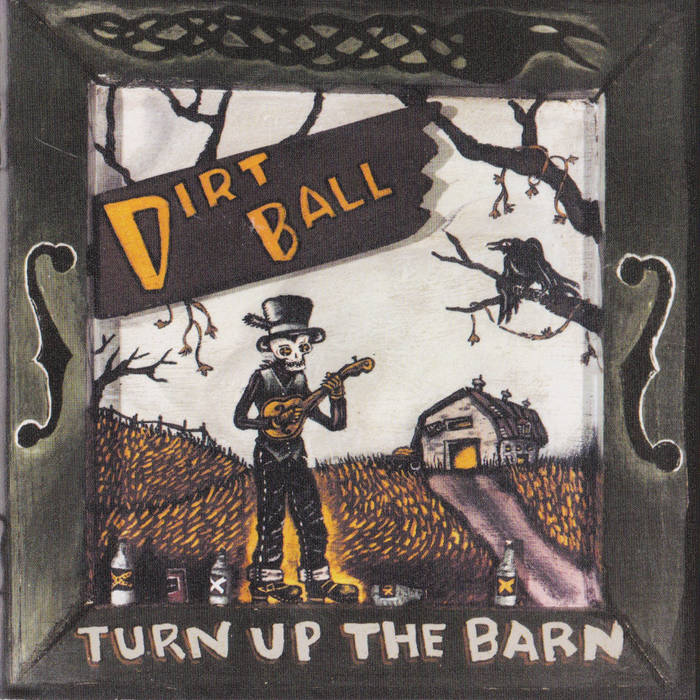 Probably, in principle, we never needed too many alt country bands. Uncle Tupelo and maybe Son Volt did all the genre was ever required to do: take country away from the sequins and twang while throwing in some updated guitar-static distortion at its roots, and sell PBR to college kids. Carrying a persistent sense of loneliness, nervous charm, and the pervading going-nowhere motif, alt country doesn't require too much reinvention. It's a genre that manages to excel despite its limitations. And that's just the appeal of a band like Dirtball: the ability to write songs that sound like every other Americana band, and be a better band because of it. References to cheap alcohol and soured affection are inevitable, and apparently required for an alt country review. So, here's the blurb: Dirtball's Turn Up the Barn is the intersection where moonshine laze, quiet frustration, the soured affection meet against a mosquito-swarmed glom, where heartbreak is just as much of a habit as the Maker's Mark before you on the bar counter. And, here's a follow-up: Dirtball do with the barn what garage bands have done with the garage -- they've made setting a part of the mood and sound in and of itself. The title, a pretty great one at that, is both literal and figurative, as the band recorded the album in an empty dairy barn in Goochland County, VA. Most of the between-song filler consists of rainstorms and crickets chirping, and one thing's for sure: the band definitely plays into their environment. The album starts off on solid, straightforward ground. The self-effacing "3 A.M.," with its rubber-legged drum line and shivering mandolin is best summed up in its chorus: "Got a call from Amherst/It must have been 3 a.m. in the morning/Said you were never coming home." It's music on the edge of giving up, but lively enough to get you to the bar. When Dirtball lets its guitar glimmer and Hammond organ play towards Jayhawks territory, as with "Everything from You," it works for sheer FM radio value. But Barn doesn't loosen up until about halfway through, when it departs from establishing its grass-pop potential and ventures towards its roots. The lanky, drunk-by-noon blues of "I Don't Feel This Way" drift through an array of Old South images that ultimately alienate the song's narrator. The tinny piano ballad and spacious bass drum of the album's closer, "My Surrender," feel like an antebellum riverside baptism -- a reunion, finally, with the band's origins. Either way, Dirtball is alt country at its finest and most tried-and-true -- you couldn't ask for anything more, or less.

Bandcamp Daily  your guide to the world of Bandcamp